The general service representative has the job of linking his or her group with A.A. as a whole. The G.S.R. represents the voice of the group conscience, reporting the group’s thoughts to the district committee member and to the delegate, who passes them on to the Conference. This communication is a two-way street, making the G.S.R. responsible for bringing back to the group Conference Actions that affect A.A. unity, health, and growth.

Only when a G.S.R. keeps the group informed, and communicates the group conscience, can the Conference truly act for A.A. as a whole. FINANCIAL SUPPORT: Current experience indicates that many groups provide financial support for their general service representatives to attend service functions.

• Experience shows that the most effective G.S.R.s have been active in group, intergroup, or other service, where they have developed a desire to serve, and encountered situations in which the Twelve Traditions have been called upon to solve problems.
• Usually, prospective G.S.R.s have at least two years of continuous sobriety.
• They have time available for district meetings and area assemblies.
• They have the confidence of the group, and an ability to listen to all points of view.

• G.S.R.s attend district meetings.
• They also attend area assemblies.
• G.S.R.s serve as the mail contact with the General Service Office, and they are listed in the A.A. directories as contacts for their groups. They receive the G.S.O. bulletin Box 4-5-9, and keep their groups abreast of A.A. activities all over the world.
• They serve as mail contact with their district committee member and with the area committee.
• G.S.R.s supply their D.C.M.s with up-to-date group information, which is relayed to G.S.O. either directly to the Records department or through the area registrar updating G.S.O.’s database, for inclusion in the directories and for G.S.O. mailings.
• They are knowledgeable about material available from G.S.O. — new literature, guidelines, bulletins, videos, tapes, kits, etc. — and they are responsible for passing such information on to the groups.
• They learn everything they can about the Twelve Traditions and Twelve Concepts and are familiar with this manual, the books Twelve Steps and Twelve Traditions and A.A. Comes of Age, Twelve Concepts for World Service, and the pamphlets “The A.A.Group,” “A.A. Tradition – How It Developed,” “The Twelve Traditions Illustrated,” and “The Twelve Concepts Illustrated.”
• They usually serve on group steering committees.
• They work with group treasurers to develop practical plans for group support of G.S.O., such as the Regular Contribution Plan and the Birthday Plan. They encourage the group to support the area and district committees and local central offices or intergroups, and they are familiar with the leaflet “Self-Support: Where Money and Spirituality Mix.”
• They participate in district and area service meetings, and often help with planning for area get-togethers and conventions. Following these events, they make reports to their groups for the benefit of those who could not attend.

Term and Method of Election
The GSR serves for two years and the term frequently runs concurrently with those of committee members and the delegate. They represent their home group and are nominated and elected by group members. 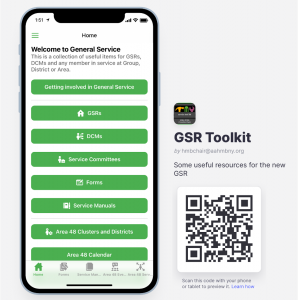 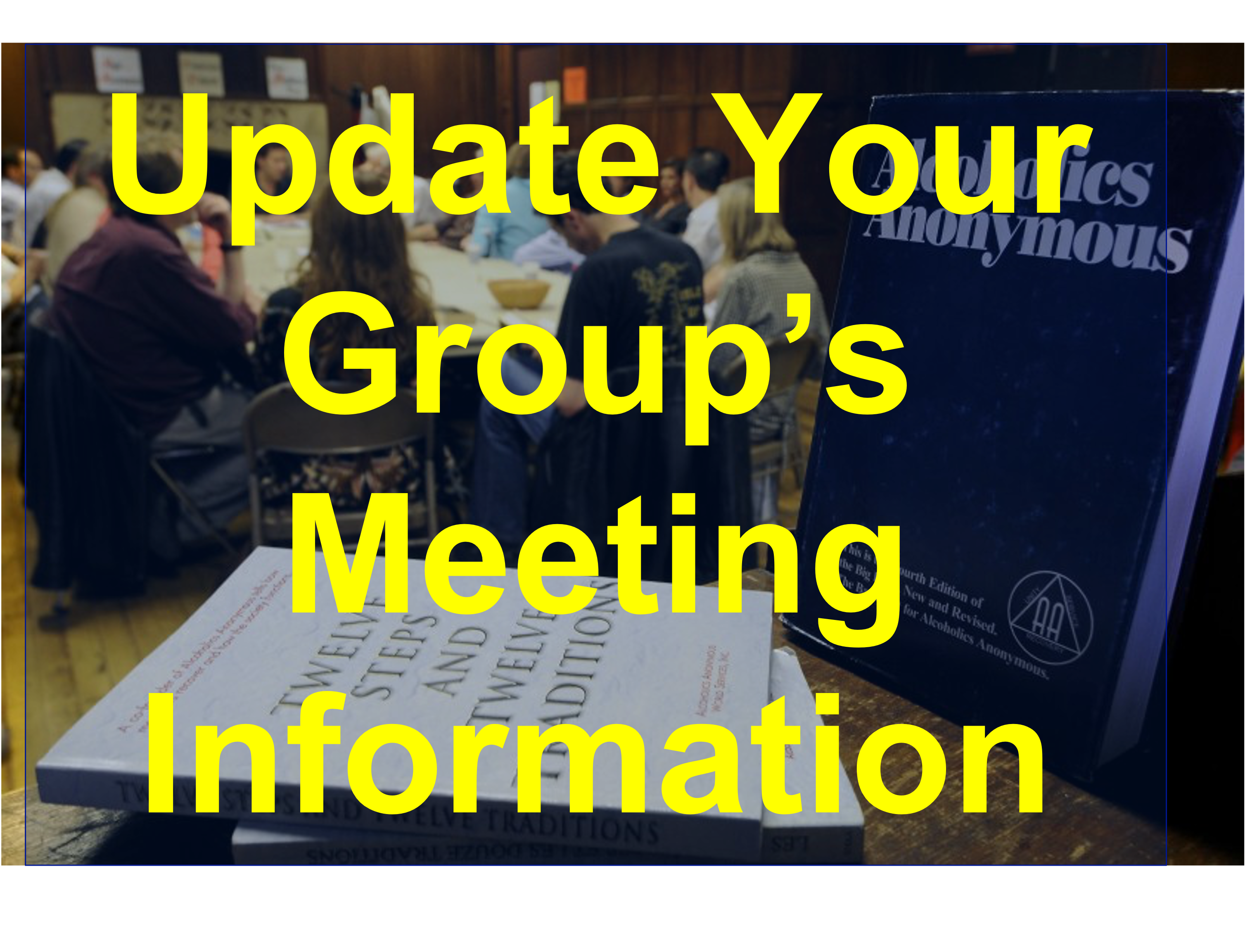 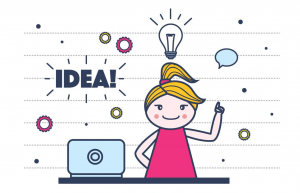